The Chengdu Motor Show 2021 (CDMS 2021) was successfully concluded on 7 September in Western China International Expo City. Inheriting the style from the last edition, CDMS 2021 demonstrated the strength of Chengdu. In spite of the resurrection of COVID-19 and a shortage of automobile chips, CDMS 2021 lived up to all expectations and delivered a very satisfactory performance. It attracted 126 famous auto brands from home and abroad including Germany, US, France, Japan and South Korea, all together more than 1,600 vehicles to an expanded area of 200,000 sqm. On the first day, there were 60 press conferences to debut 70 models among which 23 met the world for the first time and 30 celebrated their premiere in China. 9,243 journalists from 3,251 Chinese and foreign media went to cover the show. Statistics reveal that orders for 37,730 vehicles were placed at CDMS 2021, with a turnover of 6.516 billion yuan.

Focusing on the frontier and leading a new fashion, at the beginning of the 14th Five Year Plan, CDMS 2021 triggered another round of industrial transformation and upgrading by raising quantity, increasing categories, underlining quality and gathering targeted momentum, thus boosting the confidence in auto market. It fulfilled its commitment to consumers for its input in driving and leading global auto consumption.

Exciting Display of Luxury Brands
The accelerated integration of auto industry and technologies has drastically transformed product forms, travel models and industrial consumption structure. In response to diversified demands raised by consumers, the overall consumption market has entered a stage of new development. When the market share in western China still has sufficient room for improvement, various luxury brands have doubled their bets on CDMS 2021, the stage of debuts in central and western China, by vigorously promoting innovation and upgrading of brands to present more exquisite and luxurious high-end experience to the visitors.

New Consumption and New Definition for the Unstoppable Trend of Domestic Brands
When those born in the 1990s often obsessed with differentiation and personality enter the labor market, they become an important force in consumption for the auto market. Their recognition of Chinese brands is rapidly reshaping the consumption ecosystem. It is this generation that holds the key to consumption growth in the future.

Indigenous players interpreted the Rise of Chinese Brands at CDMS and redefined the Chinese Trend “Guochao”. Geely, Haval, POER and other domestic brands have refreshed people’s eyes with new vehicles. What’s worth of mentioning is the global debuts of Tank 400 and Tank 500. BYD’s fresh blockbuster Dolphin, WEY’s new hybrid SUV Macchiato, GAC MOTOR’s GS8 all make their debuts. At the dawning of a new consumption era, domestic automobiles will usher in a golden age under the wave of “Guochao”.

Grabbing all the Limelight and Sounding the Horn for New Energy
As NEVs are becoming more popular among consumers, its penetration rate has been greatly lifted. An increasing number of consumers have a crush on intelligence and prefer purchasing or replacing their old buddy with vehicles driven by new energy. The fertility of Chengdu for NEV development is accredited to its huge advantages in demography and consumption capacity as unique consumption characteristics and a large number of users and consumers have propelled Chengdu to lead the race of Five News, namely, new consumption concepts, new energy and driving forces, new business models, new enterprise deployment, and new development visions. Combined with the new energy strategies from policy-driven to market-driven, Chengdu enjoys the synergy of market demands and the development of new energy.

CDMS 2021 could not have been so amazing without the Emerging NEVs as nearly 20 NEV brands of NIO, Xpeng, ONE, HiPhi, Polestar, VOYAH, ZEEKR, IM, R, Hozon, ARCFOX, Weltmeister, Hycan gathered at a large scale in western China for the first time. CDMS 2021 witnessed an increase of 14 new NEV brands, or 280% up against the last year. According to post-exhibition statistics, the total transaction volume of NEVs rose by 454% compared with last year, creating a new record. Under the pressure of environmental protection and energy transition, NEV is becoming a general trend for the future. Considering the necessity to develop Green Exhibition, a component in new economic development, and the promotion of energy conservation and emission reduction, the emerging NEV market boasts a very prosperous future.

Other domestic NEV models including WEY Macchiato, ORA Ballet Cat, iCar QQ ice-cream, IM LS7, RES33, SERES SF5 also attracted great attention from visitors. Thanks to independently-developed technologies and designs catering to consumers’ aesthetics, these brands have been quite popular. NEV models from traditional JV brands also made their presence. BMW, Mercedes-Benz and Audi all launched their own models to contribute to the vigor and vitality of NEV market.

Multiple Measures of Disease Prevention and Services for the Show
To create a reassuring exhibition environment, CDMS adhered to strict standards of scientific prevention and targeted control under the guidance of Chengdu Municipality. At CDMS, relevant authorities and units dispatched personnel to be stationed on site and executed the disease prevention plan to details, safeguarding this event with its full efforts. Thanks to the strong unity and consolidation in Chengdu, CDMS was a great success and registered satisfactory results under dual-pressure of normalization of disease prevention and a shortage of auto chips.

With outpouring momentum, booming creativity and forward-looking judgement, CDMS is making progress in big steps. By tapping Chengdu’s unique assets and consumption potential, it utilizes the market force to drive industrial development and pioneer the future by industrial growth, fully showcasing Chengdu’s strength in organizing international exhibitions. On this new journey, CDMS is making big strides to promote Chengdu to the world and galvanize the international influence and competitiveness of exhibitions in Chengdu to world-class. 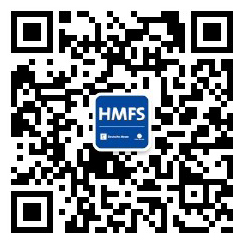